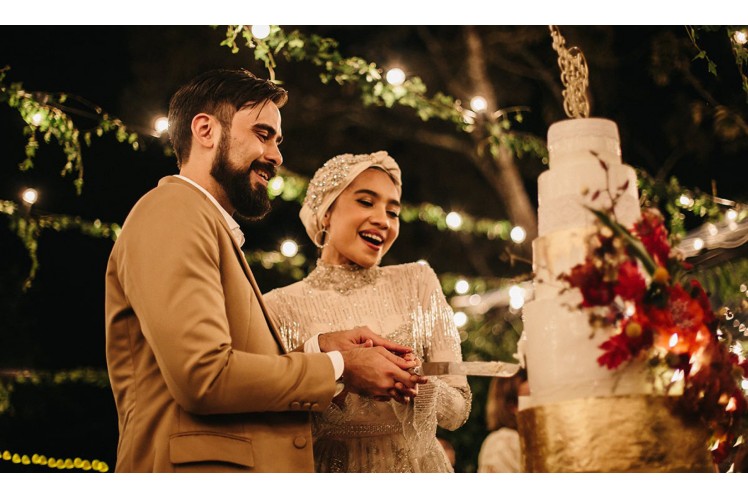 There is a malay saying “biar mati anak, jangan mati adat” which basically emphasizes on the importance of custom towards the malay community. And there is nothing that screams malay custom more than a traditional Malay Wedding. From the pre-wedding rituals to the actual solemnization day itself, each and evert stage is calculated and prepared with care to ensure only the best for the pair of “Raja Sehari”

Malay weddings are usually done in a grand manner. Lavish, elaborate and goes on for days! If you are preparing for your own special day or planning to attend one of your close friends or family’s wedding, here is a step by step on everything that you need to know about a Malay wedding.

Merisik can be directly translated to 'spying' but in this context it is better fitted to be called “surveying” or “observing” of the bride-to-be. This act is usually carried out by the man's side of the family to find out more about the woman’s background, her prospects as well as her availability for marriage on behalf of the future groom. As it is forbidden in Islam for a man to propose a marriage to a woman who is already betrothed or is eventually to be married to another, merisik is the appropriate stage to avoid such incidences from happening.

However, this stage is slowly becoming less practiced by the current generation, unlike the past where men and women were rarely involved in a relationship before being married, the society nowadays is much more open and accepting of a premarital relationship. 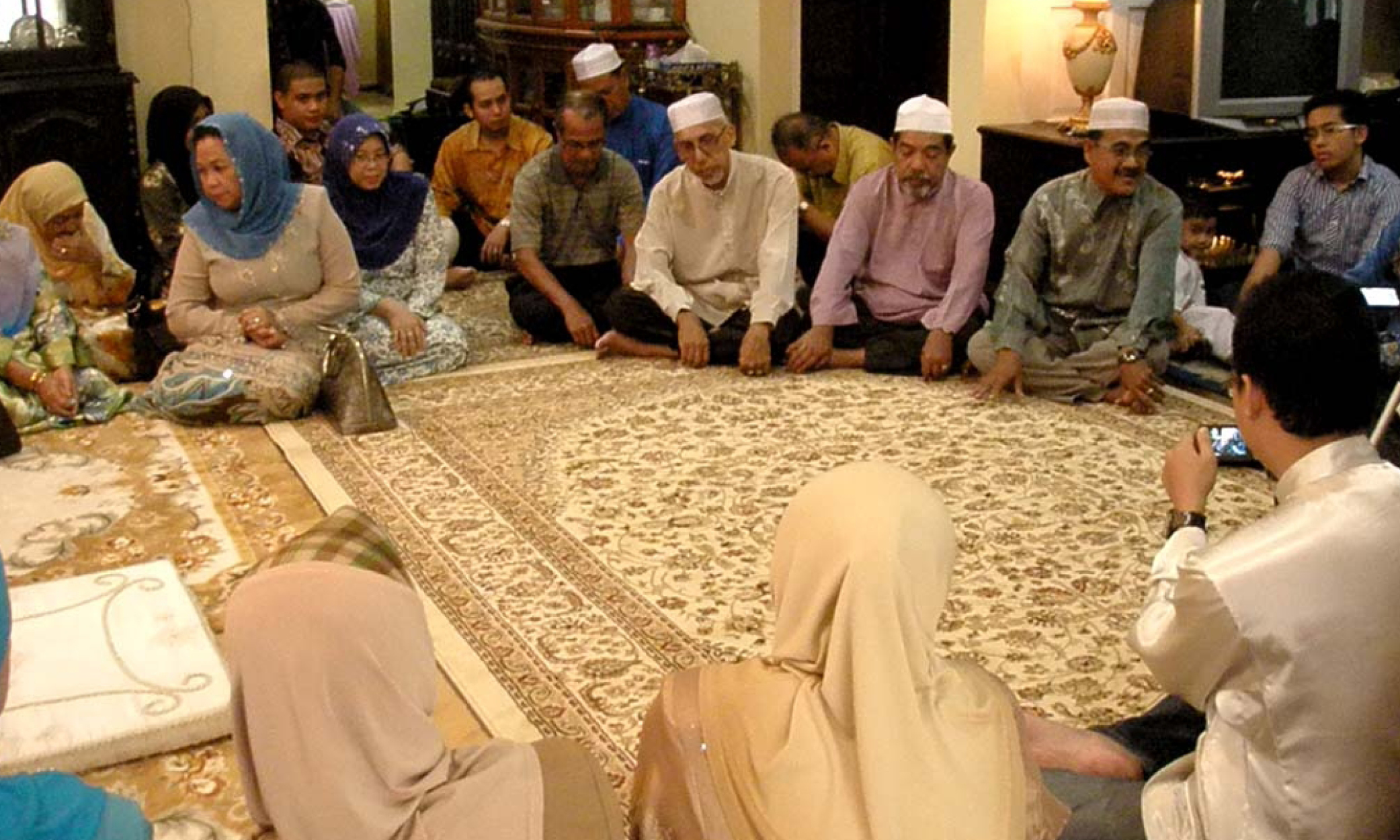 After both parties have agreed to commit to one another, the proposal stage or meminang is done. This is when the date and time for the engagement is set and the exact amount for the duit hantaran or dowry tray-gifts is agreed upon. 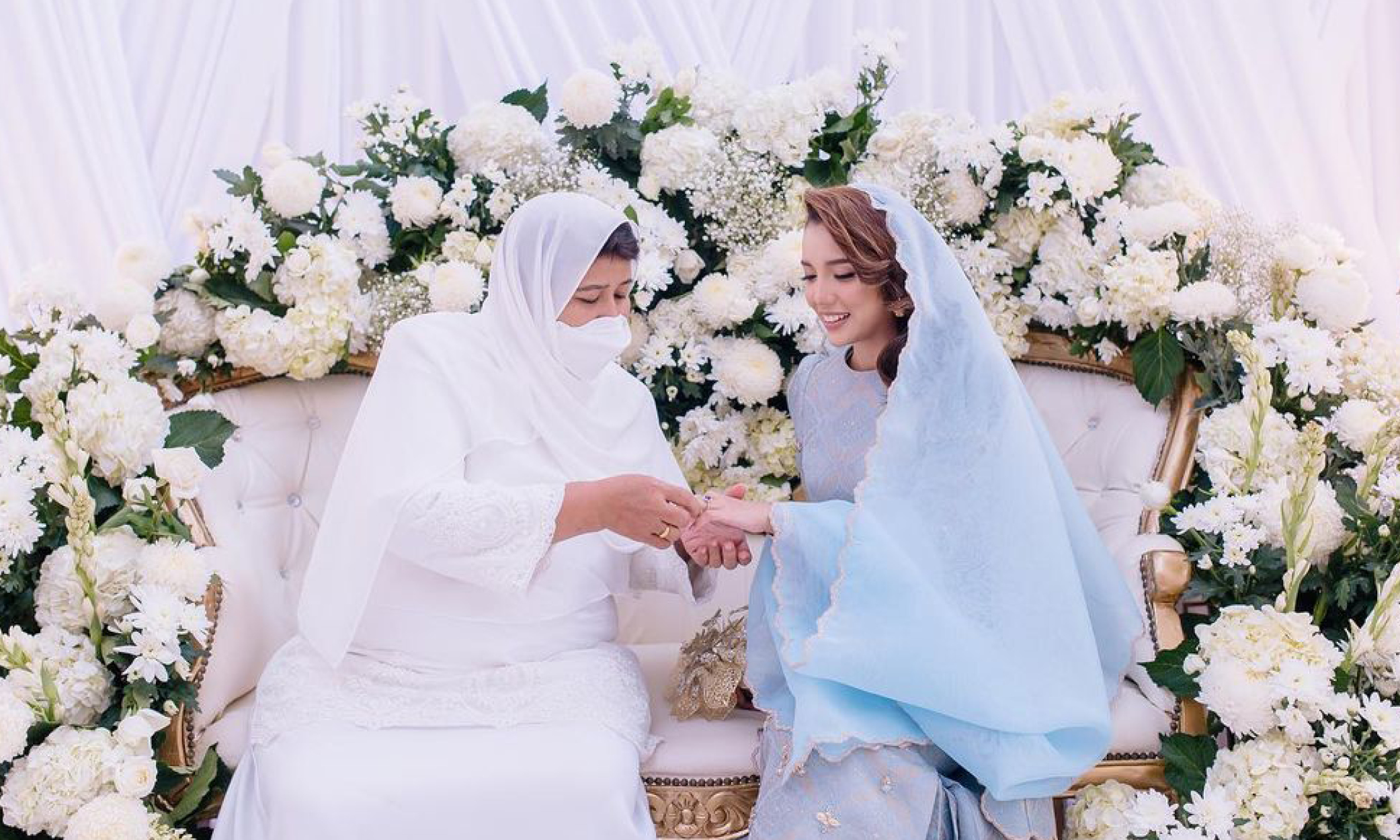 Majlis pertunangan or the engagement ceremony is usually done in a grand manner, albeit slightly more modest than the actual wedding. The bride-to-be’s family will prepare a feast for the groom’s family and relatives who come to their house bearing the set amount of trays of gift or better known as hantaran which will be exchanged with their own. 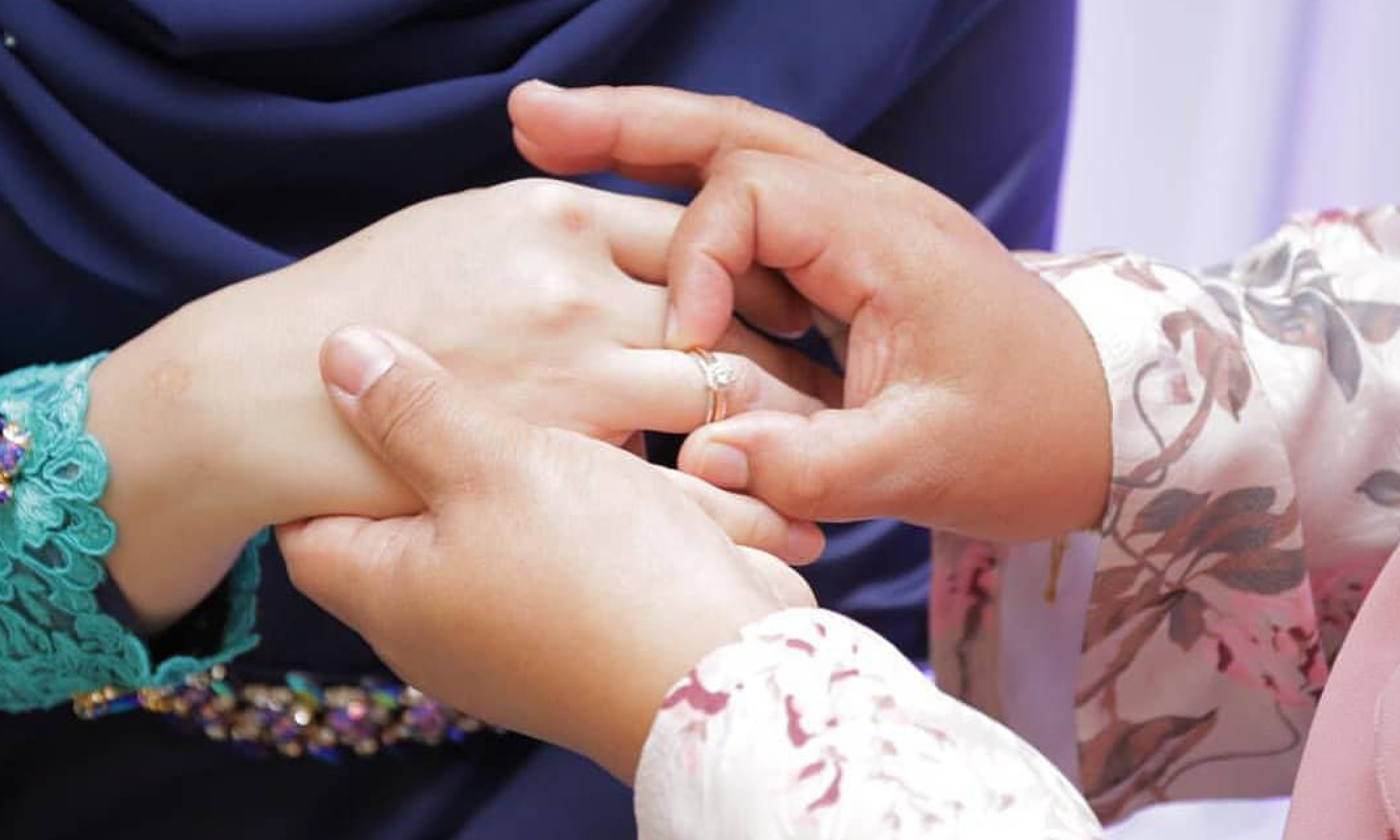 The main event for the engagement ceremony is when the mother or a female relative of the groom slips on a ring, also known as cincin belah rotan on the future bride’s ring finger as a sign of betrothal. A simple belah rotan ring, traditionally a plain gold band is the classic choice for an engagement ring for its simple design that can be worn for daily wear but also obvious enough as a statement that the young woman is already promised for marriage. These days there are various interesting designs for the modern belah rotan ring, depending on the preference.

The malam berinai can be considered the malay adaptation of the western bachelorette party. The malam berinai is a private and intimate event between the bride-to-be with her party of bridesmaids. Often done the night before the wedding to decorate the bride’s as well as her party’s hands and feet with henna. It is not a compulsory ceremony but more of a malay traditional custom that has become a norm since the past and is getting more trendy nowadays. Most young brides often opt to do so to spend one last moment with their close friends and female family members before she officially becomes a married woman. 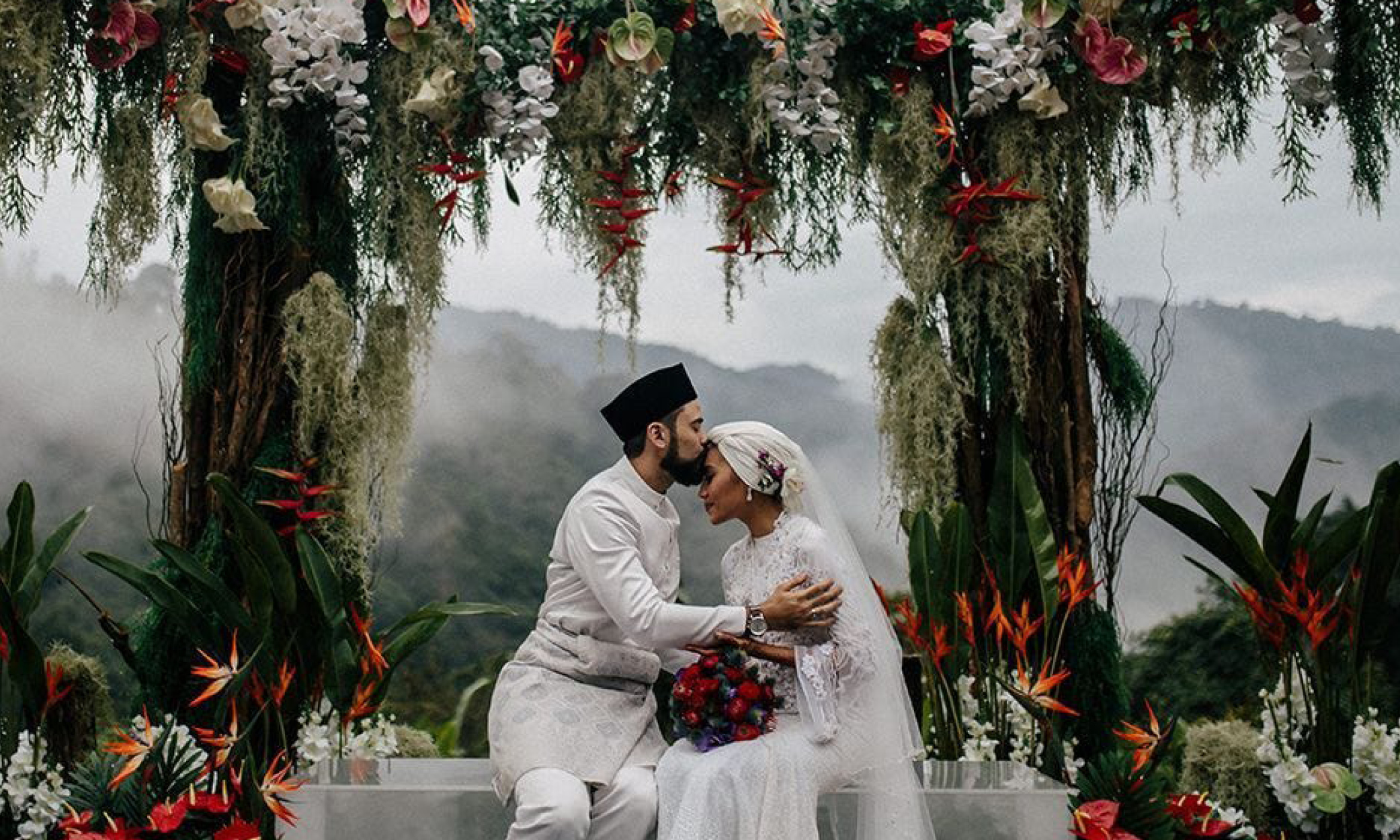 After the long wait (or short) depending on the couple’s duration of engagement,  then comes the actual wedding ceremony.

The solemnization ceremony, or Akad nikah  is the most important and truly necessary step to legalize the marriage. Headed by a Wali who customarily is the father of the bride, the matrimonial ritual is done in the presence of a Kadi, an Islamic official and at least two witnesses to make sure that the oath is done properly and correctly.

The bride is usually summoned by the Kadi for her consent to the marriage and the ceremony will commence after she agrees. After a brief sermon on marriage in Islam, which includes a reminder of his duty as a husband, the groom will then sign the marriage contract and recite his oaths. Mas Kahwin or the dowry which will be only hers to keep, is given to the bride before they are finally announced officially as husband and wife.

Another customary gift also known as hantaran will also be exchanged between both sides. Hantaran can be any gift ranging from food to other luxuries according to the amount of gifts that has been agreed upon during their engagement ceremony, often in odd numbers. 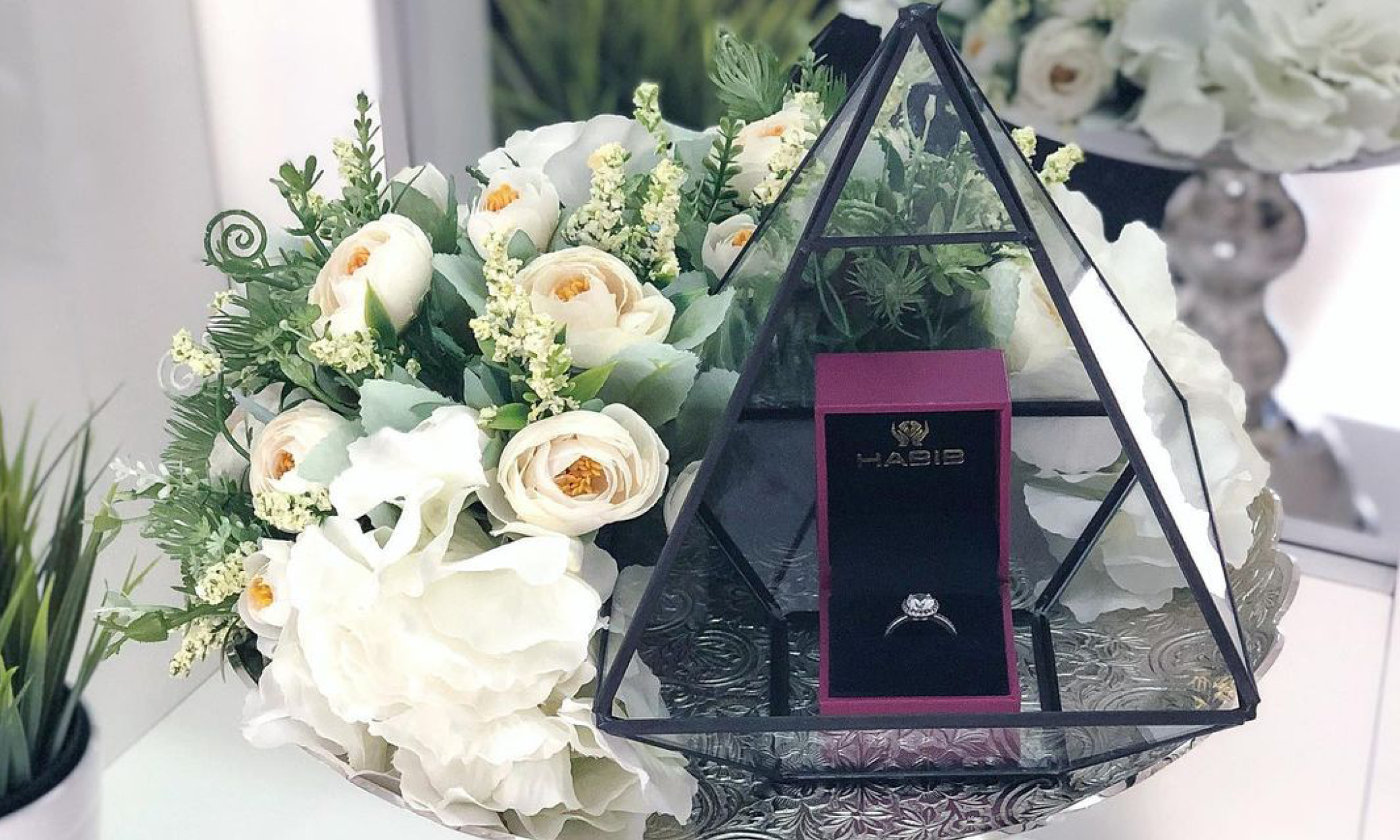 After the solemnisation is done, usually a customary small ceremony called upacara batal air sembahyang will be held, where the groom will either put on a ring or bracelet on his new bride’s hand and kiss her forehead to invalidate their ablution as a symbol to their first step in a married life together. 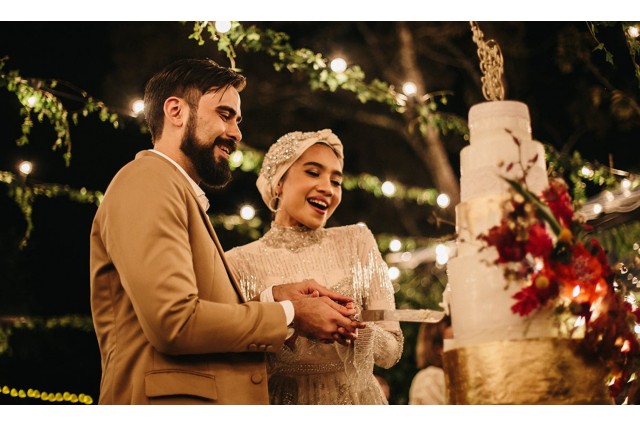